Thought for the Month - February 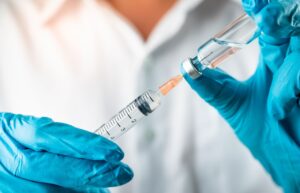 It is really good news in these dark and difficult times – a vaccine has been found that is very effective against the Covid virus. It is an amazing achievement that in such a short time a vaccine has been researched, developed, manufactured, distributed around the country and is being made freely available to every vulnerable person the length and breadth of the land. Our thanks to everyone who has gone to such amazing lengths to bring this about.

Now I have to confess that I have no real idea as to how or why this vaccine works. I have listened to learned Professors of Virology, Immunology etc talking about spikes,  variants etc. but have to confess that I’m not much the wiser. It was simple; I believed what was said, turned up at the Health Centre and received a jab in the arm. It is staggering to think that the whole development of this virus would be of no avail unless people go and get vaccinated. In simple belief (trust, faith) they have queued and received the vaccine and the results are starting to show. We do thank God for that.

However, the Bible speaks of a far bigger problem than Covid. The problem of sin. Sin against a Holy God, which is far more serious. It brings separation from a Holy God and ultimately spiritual death, but there is a remedy – the Gospel (the good news) of the grace of God that brings salvation has appeared to all men. What is this good news that brings salvation? The Bible states it so simply: “that Christ died for our sins according to the Scriptures, and that He was buried, and that He rose again the third day according to the Scriptures”. People down through the ages simply received it; they didn’t fully understand but believed what God said,  resulting in the forgiveness of their sins, the adoption into God’s family, and amidst so many other blessings enjoying the presence of God both now and for a whole eternity.

How can such a message be rejected?